The Trust that runs Shropshire’s two acute hospitals has launched a new rainbow badge for staff to demonstrate that they are aware of the issues that lesbian, gay, bisexual, transgender (LGBT+) people can face when accessing healthcare. 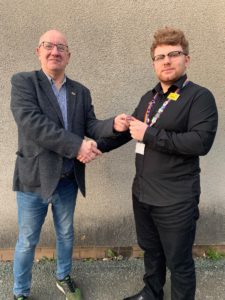 Originating at London’s Evelina Children’s Hospital, the badge aims to make a positive difference by promoting a message of inclusion. It is intended to be a simple visual symbol identifying its wearer as someone who an LGBT+ person can feel comfortable talking to about issues relating to sexuality or gender identity.

The Shrewsbury and Telford Hospital NHS Trust (SaTH), which runs the Royal Shrewsbury Hospital and the Princess Royal Hospital in Telford, has acquired an initial 500 badges which staff can apply for and has already received more than 200 applications.

Mary Beales, Head of Education at SaTH, said: “We are committed to providing an environment in our hospitals that is open, tolerant and inclusive for our LGBT+ staff, patients and volunteers, reducing barriers and inequalities thereby improving the care we provide.

ual orientation when seeking general medical care, and one in seven LGBT+ people have avoided treatment for fear of discrimination. 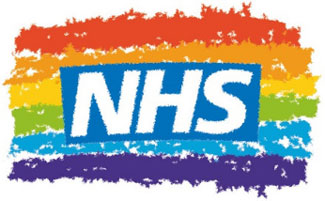 “By choosing to wear the NHS Rainbow Badge, staff are sending a message that people can approach and talk to them. That doesn’t mean we will have the answers to their issues and concerns, but shows that we’re there to listen and will know how to signpost to the nearest support.”

Kevin Tanner, founder of Telford LGBT+, said “I am so pleased to see this initiative from SaTH. Anything that helps the LGBT+ community in a clinical environment is very important as it can enable them to feel more comfortable in what can often feel like a daunting situation.”

It was announced earlier this month SaTH is looking for members of the public to join staff on a new Equality, Diversity and Inclusivity sub-committee aimed at improving experience for patients, regardless of age, disability, gender reassignment, race, religion or belief, sex, sexual orientation, marriage or civil partnership status, or pregnancy or maternity. The Trust is also in the process of recruiting a Lead for Equality, Diversity and Inclusion.