Strategic Outline Case (SOC) for its Sustainable Services Programme describes potential solutions to the challenges of Accident & Emergency and Critical Care provision in Shropshire, Telford & Wrekin and mid Wales. The SOC proposes one single fully staffed and equipped Emergency Centre supported by a network of Urgent Care Centres, one Diagnostic and Treatment Centre and Local Planned Care on both the Royal Shrewsbury Hospital and Princess Royal Hospital sites. In the debate about the future of health care services, much has been said about potential increased travel times to hospital for some of the patients we serve. Here, Dr Edwin Borman, Medical Director at SaTH, explains why consolidating services would benefit patients.

One of the most common concerns we hear when we talk about the future of local health services is the time it takes patients to get from their homes to one of our hospitals. The fear is that anything we do that leads to increased travel times will put patients’ lives at risk.
Most of the ‘evidence’ that is relied upon to support the belief that having to travel further to A&E will increase the risk of death refers back to just one study, which looked at a large number of patients treated from 1999-2001

[1]. The methods used for this study have never been repeated by any other research group and much has changed in the treatment of emergencies and the skills of paramedics in the 15 years since these patients were treated. The differences were small. 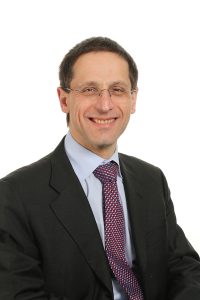 I completely understand this concern, but much of it comes from a misconception that the journey time is the be-all-and-end-all when a journey to hospital is necessary. Whilst it is important to get patients to hospital quickly, what actually is more important is that our patients are seen in the right place, by the right person as soon as possible. It’s all very well getting the victim of a heart attack, for example, to hospital in 20 minutes, but if the medical team and equipment needed to treat that patient aren’t available, does it not make more sense to travel a little longer and still be seen sooner by experts in a specialist unit?

In complete contrast, there is substantial evidence that shows that treatment at the right time, in the right place, by the right person can be most safely and effectively provided without requiring that quickest (or nearest) is always best. This research shows that increased travel time, more often than not, is offset by big reductions in mortality and much better outcomes for patients treated in larger specialist units.

It’s important to remember that anyone living in Shropshire, Telford & Wrekin and mid Wales already has to travel out of the area to regionally specialist units for the most severe emergencies; Wolverhampton following a heart attack, Stoke following a major car crash or Birmingham for a critically ill child.

It is absolutely right that complex treatments and services should be provided in regional specialist centres that bring together all the right people and technology because the outcomes are so much better for patients and because professional staff find them very satisfying places to practice the best of modern medicine.

For patients with severe chest pain, for example, outcomes have been transformed by modern treatments, particularly Percutaneous Coronary Intervention (PCI), which involves unblocking coronary arteries using catheters through a small puncture in the artery of the arm or thigh. This treatment is more effective than the “traditional” method of using “clot busting” drugs.

The National Institute for Clinical Excellence (NICE) now advises that a patient should be taken directly to a PCI facility if it can be reached within two hours of when clot busting drugs could have been administered[2]. Currently, our patients go to Stoke or Wolverhampton. Since 2000, heart attack mortality has halved and, as PCI increasingly replaces clot busting drugs as the first choice therapy, heart attack mortality continues to fall[3].

People argue Shropshire is a special case because of its rurality. However, evidence which studied all trauma admissions among the 2.8 million people living in the west of Scotland, over a two-year period, found there was no difference in the risk of death or in the hospital length of stay with either minor or major trauma when rural patients with longer pre-hospital time were compared with people living in urban areas[4].

Further research led to the creation of the Trauma Network that has been in operation throughout England and Wales since 2012. It emphasises the importance of timely resuscitation followed by transfer to an appropriate specialist unit. Evidence from last year indicates that mortality has fallen by 63% when compared with the years before the Trauma Network was established.

There is further evidence that patients admitted to specialist stroke centres are more likely to receive high quality care, and therefore have a reduced risk of death in the 30 days after stroke[5]. When the stroke service at SaTH had to merge to sustain such a high quality service, the outcomes for patients who travelled further got better, not worse[6].

These examples show how the creation of specialist units offering high tech medical care are actually beneficial, despite some patients being inconvenienced and perhaps worried by having to travel further.

[2] Myocardial infarction with ST-segment elevation: acute management. NICE guidelines [CG167] July 2013. [3] Mortality from heart failure, acute myocardial infarction and other ischaemic heart disease in England and Oxford: a trend study of multiple-cause-coded death certification. K Rahimi, M Duncan, A Pitcher et al. J Epidemiol Community Health doi:10.1136/jech-2015-205689 [4] Scottish urban versus rural trauma outcome study. A McGuffie, C Graham, D Beard et al. J Trauma 2005;59:632–8 [5] Associations between the organisation of stroke services, process of care, and mortality in England: prospective cohort study. B Bray, S Ayis, J Campbell et al. BMJ 2013;346:f2827 [6] The proportion of patients now accessing thrombolysis, a clot busting treatment which can only be given within the first 3 hours from onset of symptoms, has increased from 7% to 13%, since the move. We are seeing more strokes patients, but with earlier intervention and preventative measures are seeing a drop in the severity of strokes. Patients are still repatriated at the earliest opportunity, for on-going stroke care to their nearest Stroke Rehabilitation Unit, either at the Princess Royal Hospital, the Royal Shrewsbury Hospital or Newtown.
Sath2017-02-18T15:25:04+00:00