Skip to content
Home>Bevan the Bear on sale TODAY

Bevan the Bear on sale TODAY

A bear created to raise money for Shropshire’s two acute hospitals has gone on sale. 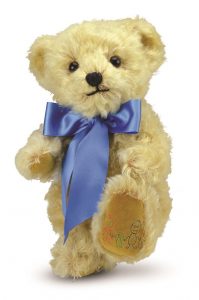 Bevan the Bear has been created by Ironbridge-based Merrythought as part of our celebrations of the 70th anniversary of the NHS. He has been named after Aneurin Bevan, the founder of the NHS.

Bevan comes in a limited run of 1,948 bears to reflect the year the National Health Service was formed. A percentage of all sales of Bevan will be donated to the SaTH Charity to fund equipment and provisions that will benefit patients across Shropshire, Telford & Wrekin and Mid Wales.

Merrythought has also create a larger version of Bevan, which will be raffled off for the charity. Tickets will initially go on sale at SaTH’s NHS70 Charity Fun Day on 7 July.

Bevan is available for £89, with a percentage from every sale being donated to the SaTH charity. He is available from Merrythought’s Ironbridge shop and online at www.merrythought.co.uk or via www.sath.nhs.uk/about-us/nhs70/Bevan.