Footballing stars from Shrewsbury Town and Telford United brought seasonal cheer to patients and staff at The Royal Shrewsbury and Princess Royal hospitals this week. 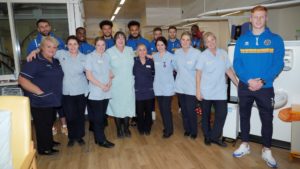 Staff at RSH are joined by players from STFC

Telford United players, and their manager Gavin Cowan, also paid a visit to the youngsters on the Children’s Ward at PRH. 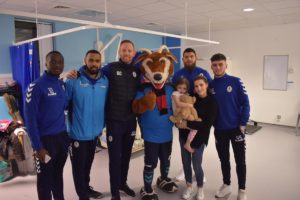