As an RAF weapons technician who served three tours in Iraq, Paul Twitchell saw the trauma of combat at first hand. What he witnessed affected him deeply, leading to Post Traumatic Stress Disorder (PTSD) and attempted suicide. 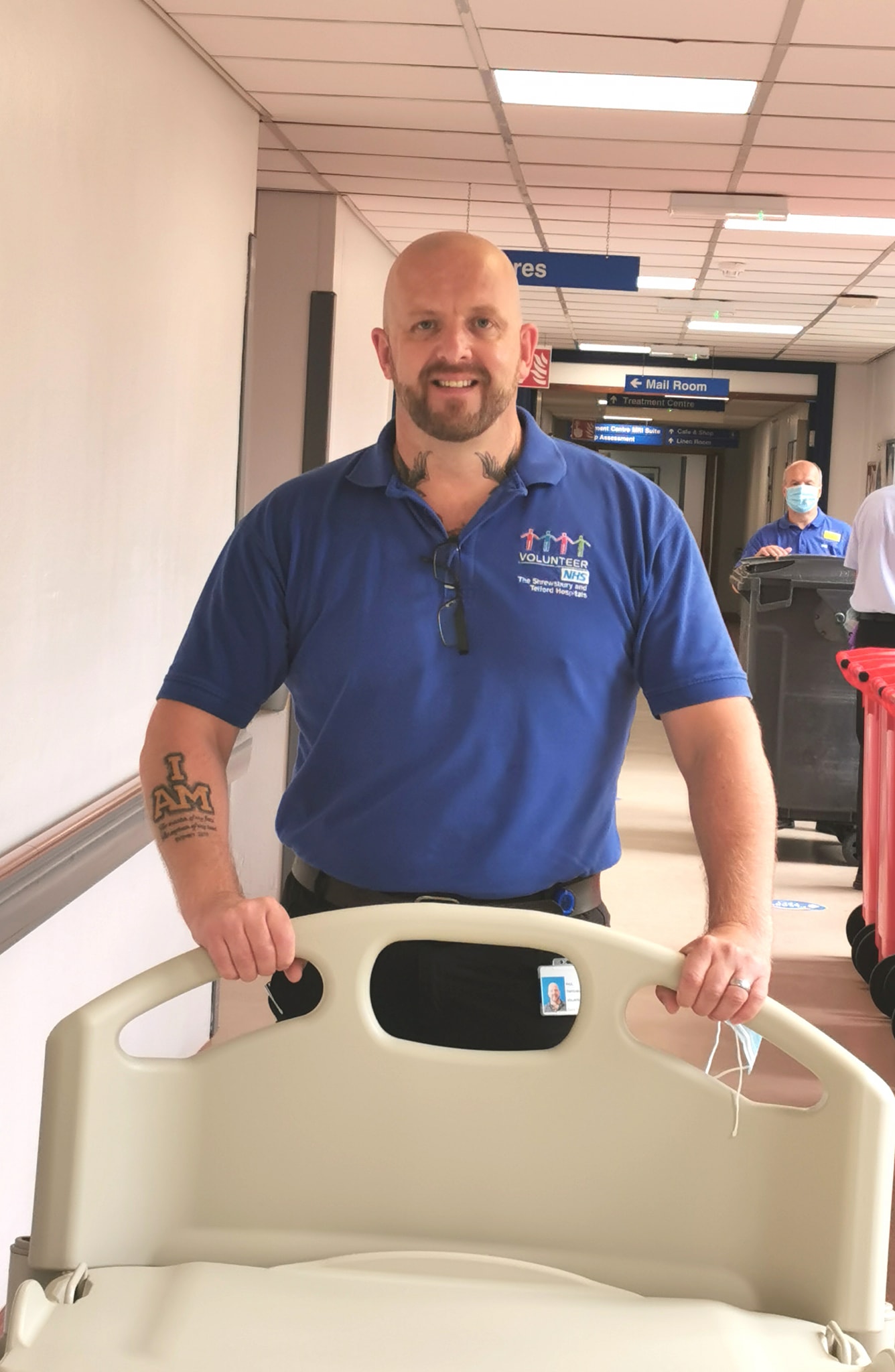 Thankfully, Paul survived and, after being diagnosed with PTSD and getting the help he needed, gained a place at the Invictus Games, winning a silver medal in sitting volleyball.

But due to his diagnosis, Paul was subsequently medically discharged from the RAF. Following further treatment he began to look for a new role, and then the COVID-19 pandemic hit. It was then that Paul took up a role volunteering with the portering team at The Shrewsbury and Telford Hospital NHS Trust (SaTH).

He has since gone on to land a substantive role at SaTH, which runs the Royal Shrewsbury Hospital and the Princess Royal Hospital in Telford, and is leading work being done by the Trust in support of patients who are Armed Forces veterans. He is also leading the Trust’s effort to help others like him ‘Step into Health’ and work in for NHS in Shropshire.

As part of that work, Paul will be the main speaker at a webinar which is being held on Tuesday (16 March).

Paul said: “During 23 years’ service within the Royal Air Force as a Weapons Technician I spent most of this time working on 5131 (Bomb Disposal) Squadron. 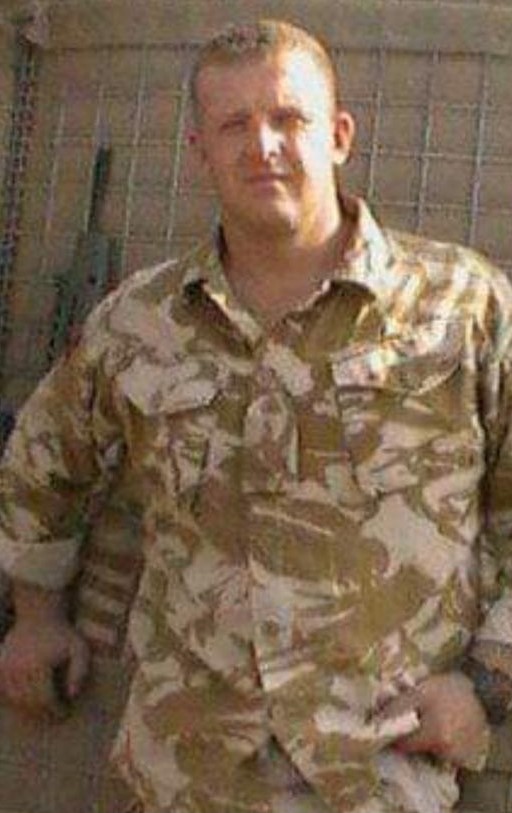 Paul during his time with the RAF

“I was deployed operationally three times to Iraq and witnessed trauma on several occasions. Although I was trained to an extremely high standard I found it hard to process the sights, sounds, smells and feelings and so I found solace in alcohol following deployments.

“The symptoms became unmanageable until eventually I attempted suicide. My wife, Cindy, got me help and soon after I was diagnosed with PTSD and my road to recovery began.

“In 2018 I gained a place on the Invictus Games Team UK. We travelled to Sydney, where I was fortunate enough to win a silver medal which hangs proudly in our dining room at home. However, due to my diagnosis I was no longer deemed to be operationally effective and was subsequently medically discharged from the RAF.

“Following intense therapy and medication I began to feel stronger and yearned to feel the self-worth that comes with a good job but I had no idea what to do.

“When the COVID-19 pandemic hit I felt that I needed to do something to help so I began volunteering as a porter at RSH. I instantly I fell in love with the role and applied for a full-time position.

“Working with the team at the hospital has given me strength and friendships that I never thought possible. Now I have the opportunity to work within the Veteran Aware programme and the Step into Health scheme, which not only provides job satisfaction but also allows me to chat daily with fellow veterans.” 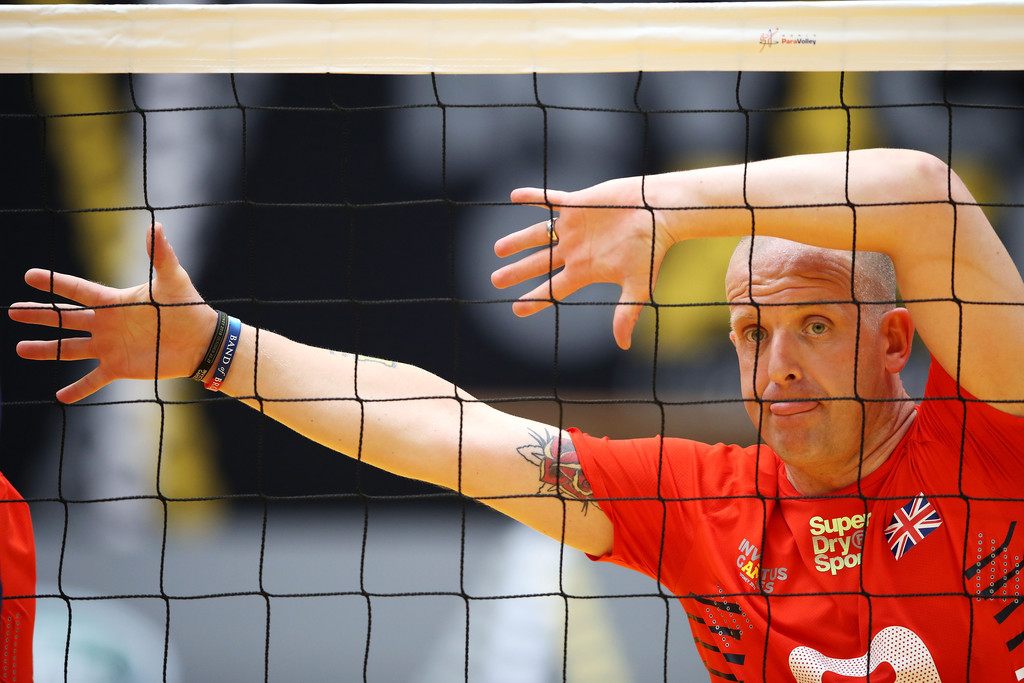 Paul at the Invictus Games

Dr Kevin Eardley, a Consultant Physician and Nephrologist at SaTH and a Major with 202 Field Hospital, who is hosting the webinar, said: “Paul’s story is one of self-sacrifice to the extent that it made him severely unwell. From the depths of despair with a formal diagnosis of PTSD, he has worked his way back to health. In response to the call for volunteers, Paul started to work in the Royal Shrewsbury Hospital in support of the effort against COVID-19. He has since taken a substantive position at the Trust.

“Using his life experiences, he is now leading work being done in our hospitals in support of patients who are veterans. He is also leading our effort to help others like him Step into Health and work in for NHS in Shropshire.

“I hope veterans living and working in Shropshire, members of our local Field Hospital 202FH Army Reserve, SaTH staff, and others in the wider community will come together and hear of some remarkable work being done in the fight against COVID-19. It is set to be a very enjoyable and informative evening.”