Two fundraising efforts have been set up to support the Intensive Therapy Unit (ITU) at the Princess Royal Hospital (PRH) in Telford in memory of a patient who sadly lost his battle against COVID-19. 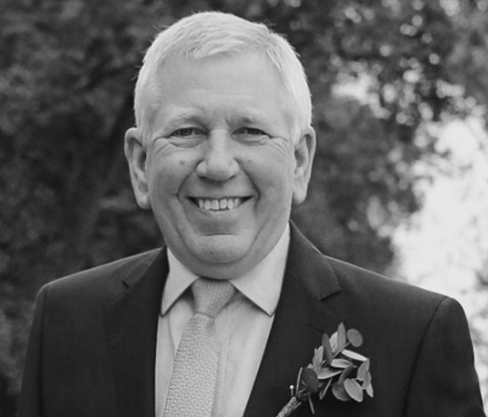 Steve’s wife, Marsha, works in the Endoscopy Unit at PRH and also contracted COVID-19 before recovering.

Now Steve’s family, along with one of Marsha’s colleagues, have started fundraisers to benefit the ITU, where Steve was cared for in his final days. The fundraisers will also be used to support patients with ‘long COVID’.

Steve’s son, Tom, said: “In March, my father sadly lost his short battle with COVID-19. He spent a week in Ward 17 before being transferred to the ITU at PRH.

“He was a kind and loving husband to Marsha who works in the Endoscopy Unit at PRH, a loving father to myself and my sister Alice and loyal friend and colleague to many.

“He dedicated his life to working for APEC Braking, based in Bristol, becoming an industry icon in the motor trade.”

Steve’s family were able to spend some time with him in his final days.

Tom said: “As a result of these visits we were inspired by the work of all the staff on the Intensive Therapy Unit. We got to appreciate first-hand the incredibly tough working conditions but the amazing care and support they received throughout my dad’s stay.”

Since Steve’s passing, his family have created a fundraising page – www.justgiving.com/crowdfunding/stevenfisher – to raise funds for the ITU and also for local long COVID clinics, set up to support patients still suffering with COVID-related after effects.

Tom said: “We have been overwhelmed by the money raised so far, which is approaching £15,000.”

The Fisher family are close friends with the Marshall family and Fiona Marshall also works at PRH. She and her family decided to complete their own charity effort to support Steve’s family.

Fiona, who works as Medical Secretary, said: “In memory of Steve, as a family we decided to set ourselves a challenge rather than just give a donation. We decided that we would walk 1,000 miles during the month of May to try to raise £1,000 in support of Steve’s family’s fundraiser.”

So far, their efforts have actually raised over £1,300. To support Fiona and her family’s efforts, visit www.justgiving.com/crowdfunding/rebecca-solari-1