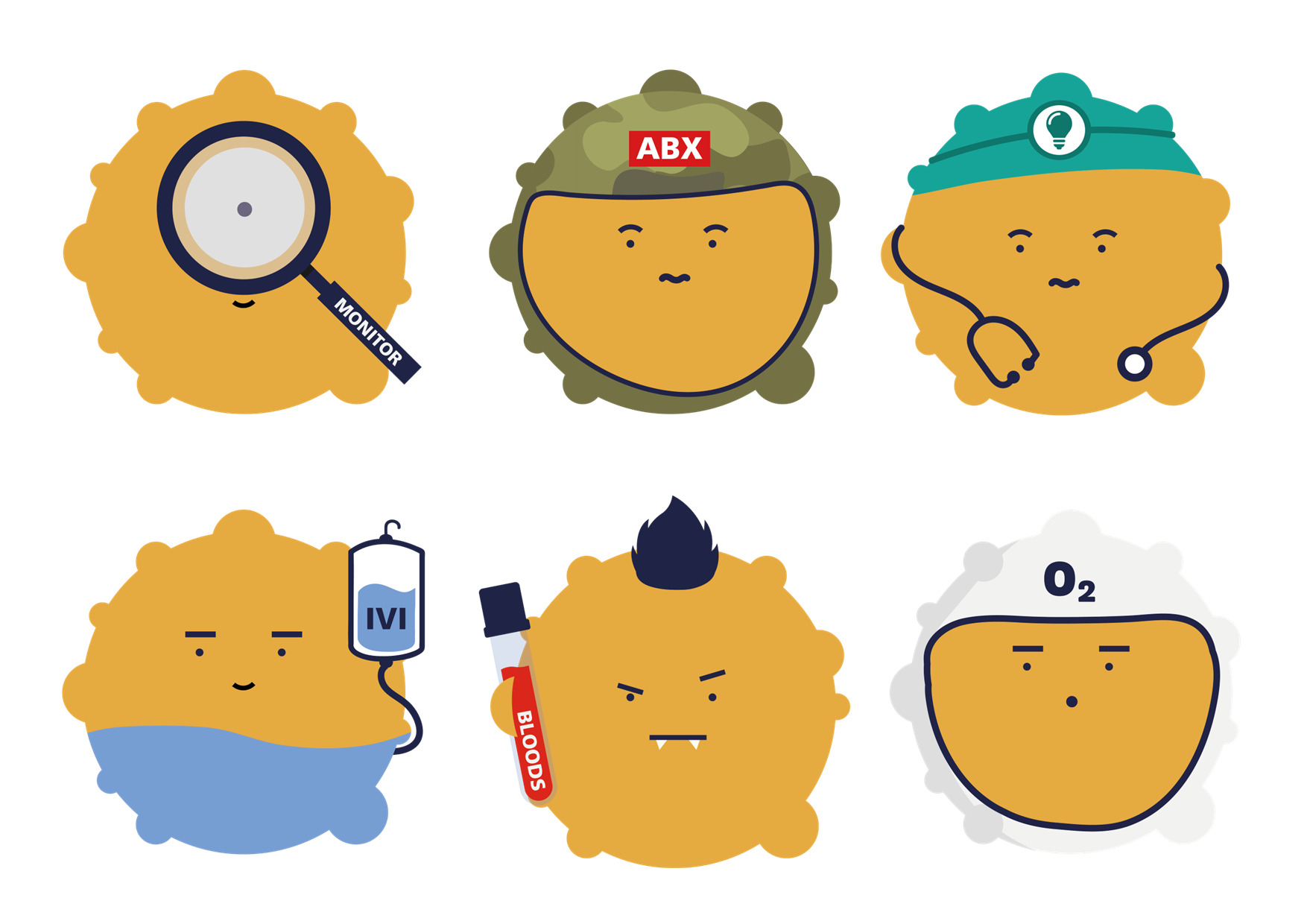 A member of staff at The Shrewsbury and Telford Hospital NHS Trust has developed an eye-catching way to educate colleagues about the management of sepsis.

The Sepsis Six is bundle of six interventions for patients identified at high risk to ensure timely intervention to prevent the development of sepsis – a condition resulting from infection where the body’s immune system goes into overdrive and damages itself, which can result in organ failure and, sometimes, death. 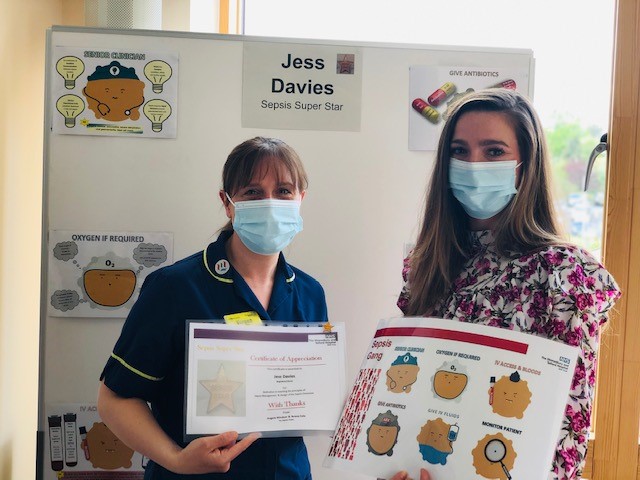 Jess Davies (right) with her characters

Jess’s characterisations were liked by all who saw them, so with help from Sam Parker, Web and Graphic Designer in the Communications Team, the designs were brought to life – and the characters have been introduced around the Trust

Angela Windsor, Sepsis Nurse Practitioner, said: “This is not frivolous, but a means to engage and educate more people around Sepsis management.

“As we know all staff learn differently and images such as this often make it easier for staff to retain information, particularly if they are more visual in their learning style.

“We are incredibly proud of Jess’s contribution to our sepsis work and are overwhelmed by her dedication to engaging others.

“We wanted to show our appreciation, so we have presented Jess with one of our Sepsis Star badges which identifies staff who have contributed significantly to the sepsis work in the Trust.”