For more than a quarter of a century, it has been helping thousands of couples realise their dreams of becoming parents. 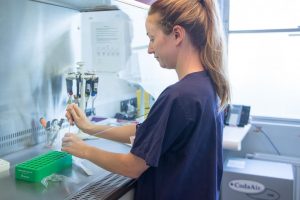 Such is the success of the Shropshire and Mid Wales Fertility Centre – now one of the top IVF clinics in the UK – it has outgrown its current home at the Royal Shrewsbury Hospital (RSH) and is set to move to a new state-of-the-art facility on the outskirts of Shrewsbury.

From Summer 2018, the Centre will be operating from Severn Fields Health Village in Sundorne, north Shrewsbury. It will mean better facilities for patients and the multi-professional fertility team. It will also provide scope for more advanced fertility treatments, such as pre-implantation genetic diagnosis, to be offered in the future to help more couples and further improve success rates (the Centre already has the highest success rate in the West Midlands).

The Centre is an NHS Assisted Conception Centre delivering the latest assisted conception methods and technology to both NHS, and private patients. As well as IVF (In Vitro Fertilisation), that includes ICSI (Intra-cytoplasmic Sperm Injection), IUI (Intra-Uterine Insemination), Egg Donation and storage.

The Centre has been helping couples since 1991, and moved to its current location at the RSH in 2001, says Jason Kasraie, Consultant Clinical Embryologist and Andrologist, and Head of Fertility Services. Two years later the clinic brought IVF treatment to Shropshire. 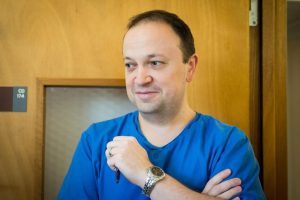 “We have outgrown our facility here, technology has changed too, and we also are doing more varied treatments, for example with oncology patients. Treatments have grown and space here is now at a premium.

“The move to Severn Fields means bigger premises. It is almost double the size of the current department giving us the space and the facilities to move into the 21st century,” said Jason. “The facilities will be so much better, and we hope our success rates will improve further as we will have an even more stable environment for our embryos.”

The environment also means a leap forward too in the treatments that the centre can offer, such as helping couples with genetic disorders. This means that they will no longer have to travel to London and can instead be treated in the county.

“This is an exciting time for the Centre – and we look forward to continuing to build on our success rates for the couples that choose to use the Centre,” added Jason. “It is an eagerly anticipated new chapter.”