“At that time, I knew nothing about this rare disease. There was little information and guidance available outside of the hospital setting.”

These are the words of Linda Bradbury, a training and support officer at The Shrewsbury and Telford Hospital NHS Trust (SaTH), which runs the Royal Shrewsbury Hospital and the Princess Royal Hospital in Telford. 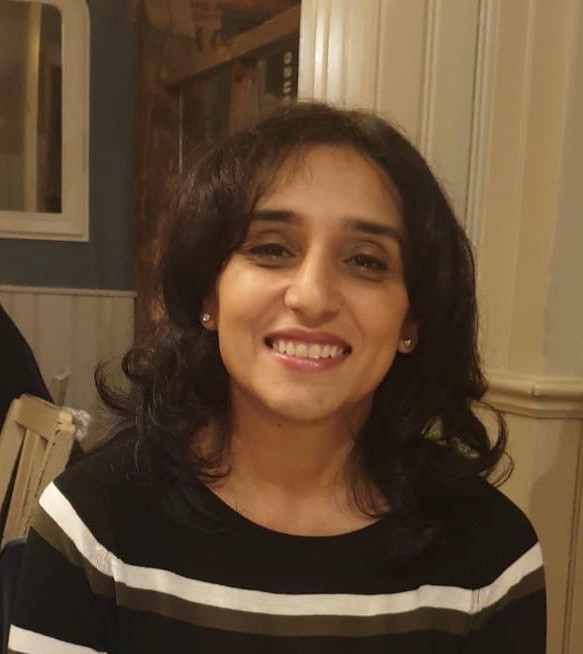 Linda is one of 3.5 million people in the UK who will be affected by a rare disease at some point in their lives.

Linda, who has a rare skin condition called Pityriasis Rubra Pilaris (PRP), has chosen to share her story as part of Rare Disease Day, which will take place on Sunday (28 February) and is an opportunity to raise awareness of rare conditions and improve access to care, treatment, information and support.

A disease or condition is defined as rare if it affects fewer than one in 2,000 people within the general population. Currently, there are over 6,000 known rare diseases and new conditions are being described through medical literature on a regular basis.

A rare disease will affect one in 17 people at some point in their lives. This amounts to 3.5 million people in the UK.

The majority of rare diseases currently have no effective treatment.

Kal Parkash, Equality, Diversity and Inclusion Lead for SaTH, said: “I want to create and influence an ‘everyday inclusion’ culture where staff bring their authentic self to work and where we all have a sense of belonging. My focus is on ensuring that we treat each other with kindness, care and compassion.

“Working with the Staff with Disabilities network, we are keen to raise awareness of the broad spectrum of disabilities, so that we are able to better support each other. This year is the14th year that Rare Disease Day as been co-ordinated internationally.

“Rare Disease Day improves knowledge amongst the general public of rare diseases, while encouraging researchers and decision makers to address the needs of those living with rare diseases.”

In November 2013, I returned from a walking holiday and noticed three tiny red spots on my left hand that I initially put down to an allergy. The rash spread rapidly to my chest and face and within three weeks, the skin on my body was bright red from head to foot, I could hardly walk or use my hands properly, and basically I looked and felt like a burns victim. My life changed when the first signs of PRP entered my life. 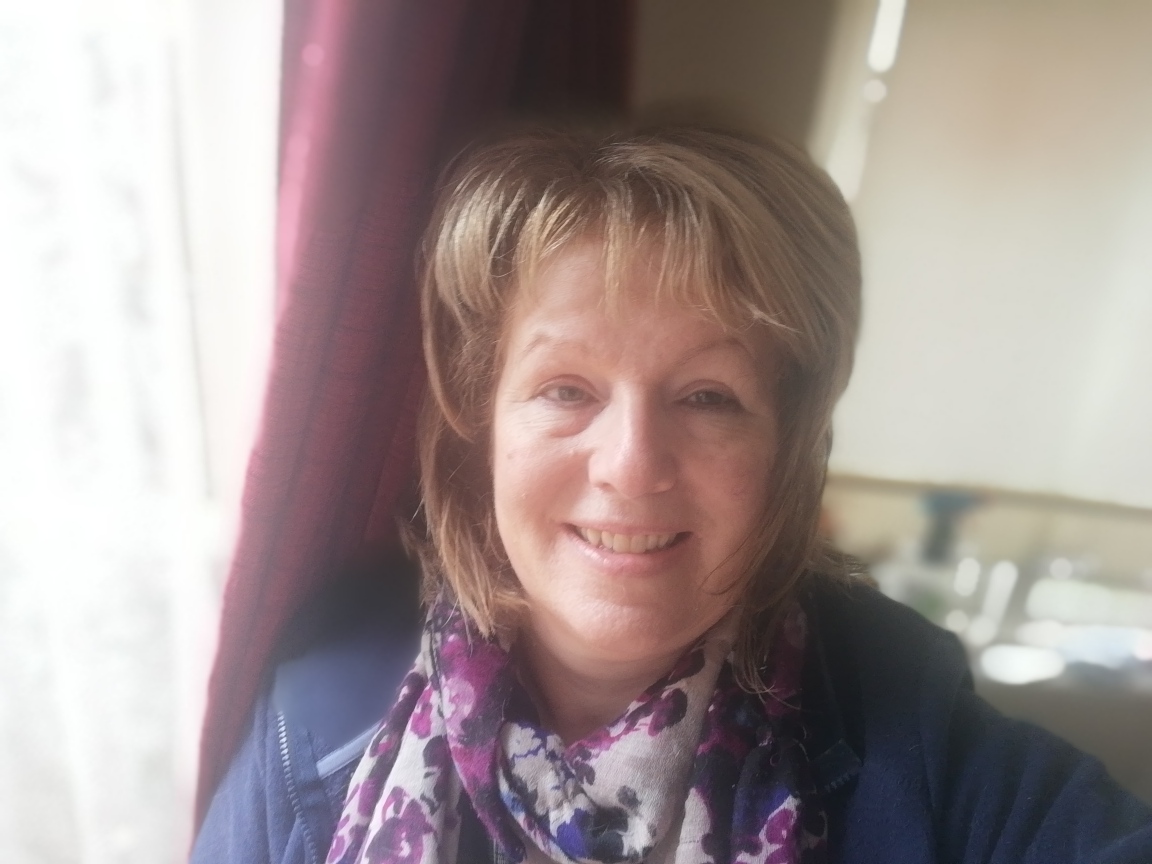 I was initially misdiagnosed with Seborrheic Dermatitis, but when my condition failed to respond to the treatments prescribed by my GP and I got worse, I was referred urgently to the Dermatology Department at the Royal Shrewsbury Hospital. My consultant at that first review appointment from my appearance, which she described as “rash of the day”, had her suspicions and a few days later I had a skin biopsy that confirmed the diagnosis.

At that time, I knew nothing about this rare disease known as PRP, but l was supported by the Dermatology team and listened to what they said about the condition and treatments available. However, as PRP is classed as a rare condition, there was little information and guidance available outside of the hospital setting, so I also joined an international on-line support group which provided a great deal of information, and good practical and emotional support and friendship.

Adjusting to, and living with, PRP through the acute stage of the disease and during the first year was the most challenging. My physical appearance changed dramatically because I had full body involvement. My skin was bright red and swollen, and I was caught up in the shredding and burning cycle constantly, so I had to apply heavy duty emollients and ointments every 20-30 minutes for months. I also lost the ability to sweat and regulate my body temperature and would overheat, and I couldn’t walk or use my hands properly because of the swelling, which meant that I could not grasp to open jars or containers, and in order to be able to use my hands at all I had to wear bright blue nitrile gloves 24-hours-a-day. My scalp was also affected and I had thinning hair and also lost most of my body hair.

PRP is an inflammatory condition and is not contagious, and although I looked different, in the early weeks before diagnosis I continued to work from the office. However, once PRP took hold of me I had to stop work as I could no longer physically cope with the demands of a busy work environment, and was signed off sick by my GP. At that point, I realised that the number one priority was to rest, and try and make myself as comfortable as possible on a daily basis.

I was referred to Occupational Health, and eventually after two and a half months and with medical reports having been provided by the Consultant Dermatologist and GP involved in my care, a date was agreed to support a phased return to the workplace in February 2014.

Adjustments were made for me to return to the office, but the workplace still proved to be a difficult environment when I returned to work. For example, I suffered from dry eyes and was light intolerant because of the disease, but I was in front of a window with a broken blind in direct sunlight, which caused a great deal of pain to my skin and discomfort.in my eyes. My physical appearance had changed significantly and that in turn affected my self-confidence and my emotional well-being, and I felt embarrassed and self-conscious around my work colleagues. I found the whole experience incredibly stressful, and although the phased return to work helped, I would be on my knees by the end of the working day and then just collapse on the bed when I got home both physically and emotionally drained.

Following this unsuccessful return to work, my condition rapidly deteriorated to such an extent, that I was then signed off sick for a second time in May.

I returned to work again in July 2014 with support from my GP and the other health professionals involved in my care, but still found things heavy going at times. My face was red, swollen and dry and I was wearing therapeutic clothing next to my skin and bright blue nitrile gloves on my hands to help with dexterity, as well as coping with exhaustion and still feeling very self-conscious about my appearance, but I soldiered on.

For many months there were very few signs of change or improvement, and I also suffered relapses along the way. Some days just the effort to get out of the door with all the preparations needed to make myself feel presentable and comfortable beforehand was really difficult, but I kept telling myself to just take things one day at a time and very gradually my condition started to improve. It took about 18 months in total before I started to notice any significant, lasting changes in my skin, and my face wasn’t quite so red and I could take the gloves off my hands for short periods of time.

January 2015 was a key turning point in learning to live with the disease. I decided I could not be defined by PRP, so I adopted a cat from Shropshire Cat Rescue and resumed yoga classes which helped both my fitness levels and mental health.

This has been a life-changing experience. I am aware that I still have PRP; in fact I do not believe it will ever go away completely, but I have adapted, and over seven years later I now live with the remnants of the disease. My skin is very dry, pale and hyper-sensitive, and I am both heat and light intolerant, with my body being unable to regulate temperature, so I am often say that I am “hot stuff” in the workplace. I suffer with flare-ups affecting different parts of my body from time-to-time, particularly during hot weather, so the summer is the worst time of year for me when I have to lurk about indoors or in the shadows and the shade. I also have extremely dry eyes that require the application of ocular lubricants daily, and I have developed a cataract which I believe is associated with the disease.

To anyone new to PRP or a similar skin condition, a special note from me to you: take one day at a time and learn what you can about your condition. At my lowest point, I gained comfort and friendship from the PRP support group members who knew and understood exactly what I was going through and how I felt, and I continue to be an active member of the group offering support to “newbies” and those in need. Living with PRP has been a long, and at times very difficult, journey, and the memory of PRP is still there, but things slowly improved over time and I have, in the main adjusted to living and working with the condition.