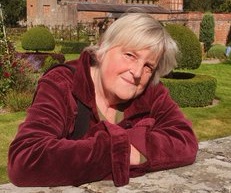 The conversation was started by Lynda Jones, an independent activist who has worked with a number of organisations across the region to highlight mental health.

Lynda helped to establish, and co-chaired, a Mental Health Huddle at The Shrewsbury and Telford Hospital NHS Trust (SaTH), which runs the Royal Shrewsbury Hospital (RSH), and the Princess Royal Hospital (PRH) in Telford.

The huddle, which was supported by Bev Tabernacle, Deputy Chief Executive, was held at RSH with a video link to PRH and included input from bodies such as Telford MIND.

Lynda and members of Telford MIND will now be involved in improvement work around mental health care which will take place in December in the Emergency Departments at both hospitals. They will act as patient representatives and advisors.

Lynda said: “Since around 2015 the phrase ‘parity of esteem’ (valuing mental health equally to physical health) has been written and spoken about a lot. However from talking to individuals with mental health conditions who have attended both PRH and RSH, and staff from both hospitals, the perception was that, in practice, not much seemed to be happening to make parity of esteem a reality. As an Independent mental health activist I thought I would see if I could get the ball rolling.

“Through Twitter, I had already built up a rapport with many staff from SaTH who were interested in the work I do, acknowledging my openness about my own past mental health issues. After a couple of informal meetings, we agreed to kick start discussions around mental health with the Mental Health Huddle.

“It was very well received with individuals from Healthcare Assistants and Nurses, Consultants, to the Deputy Chief Executive participating.

“Following our first huddle, I got together with Julia Clarke, Director of Corporate Governance, and other representatives from the Trust to discuss our next steps, resulting in the improvement week which will be held at the two Emergency Departments.”

Julia said: “Mental health is every bit as important as physical health. Thankfully, people are beginning to have conversations about mental health and the unnecessary stigma attached to it is slowly being removed.

“We are delighted to be working with Lynda and others to open up the conversation further still and we are looking forward to the work in our Emergency Departments in December.”