Some of the finest acts on the Shropshire music scene are set to take to the stage at a charity fun day celebrating the 70th birthday of the NHS.

Bands and solo acts will be joined by choirs at the special event at the Royal Shrewsbury Hospital on Saturday 7 July.

Of One Accord will be performing

Confirmed acts for the event, which is being hosted by The Shrewsbury and Telford Hospital NHS Trust (SaTH) include Shropshire Rock Choir, Of One Accord and singers from musical theatre group Get Your Wigle On.

They will be joined by the likes of Top Bananas, Tom Barras and Geoff Rogers – all familiar faces on the gig circuit around Shropshire and Mid Wales.

Musicians will be performing right from the start of the fun day at 11am and before that there will be music from Shrewsbury Brass Band to entertain runners taking part in a charity 5km fun run, which starts at 10.30am.

Dave Burrows, a member of the fun day organising team, said: “We are delighted that so many great music acts have given their time to support our fun day and our charities. We have some excellent talent on display as well as all the other fantastic attractions, which should ensure this is our best fun day yet.”

The #NHS70 fun day has been organised by SaTH to mark the 70th anniversary of the NHS and to raise money for two of the Trust’s causes – the Living Well with Dementia appeal and the end of life care Swan Fund. 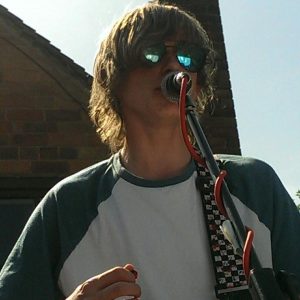 The event will feature a host of attractions including a Nerf gun arena, Army medics, bouncy castle, Crossbar Coaching, Little Rascals, Shrewsbury Town in the Community, along with Shrewsbury Town mascot Lenny the Lion, tours of the Lingen Davies Centre and food – all being staged in a variety of ‘through the ages’ zones.

The fun day will also see the unveiling of a special sculpture which has been created by the British Ironwork Centre near Oswestry, who have also produced special blue butterfly ornaments which will be on sale on the day to raise money for the Dementia appeal, whose symbol is a blue butterfly.

There will also be the first chance to buy raffle tickets for a very special teddy bear – named Bevan after NHS founder Aneurin Bevan – which has been created exclusively for SaTH by traditional teddy bear makers Merrythought to raise funds for the SaTH Charity.

The fun run will see around 500 people taking part in the 5km event with everyone who completes the run receiving a special medal and goody bags filled with treats provided by firms such as bakers Flower & White and Wenlock Spring.

The fun day is the centrepiece of SaTH’s #NHS70 celebrations, which have also included a Big 7Tea for the Trust’s volunteers and which will culminate in a special staff Values in Practice (VIP) Awards ceremony which will be held in one of the hangers at RAF Cosford in September.